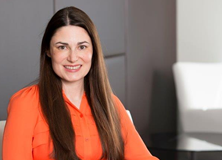 Dr Claire Kirman Partner Admitted to the bar in 2000

Claire joined the resource management specialist team at Ellis Gould in 2006. She previously worked with the resource management teams at both Russell McVeagh (2000-2006) and Bell Gully (1999-2000). Before practising law, Claire was an academic in the accounting and finance departments at universities in both New Zealand and the United Kingdom for over 5 years.

Claire has significant experience in town planning and environmental law, and is a published author on related matters. She is on the editorial committee for the Resource Management Law Journal and has contributed to the DSL Environmental Handbook by Thompson Brookers for over 5 years.

In the textbook Environmental and Resource Management Law (third, fourth and loose-leaf editions, Lexis Nexis), Claire co-authored the chapters on coastal planning (with Derek Nolan), and environmental litigation and dispute resolution (with Justice Whata). She is a specialist presenter at conferences organised by the New Zealand Law Society and Lexis Nexis on resource management and has lectured in this area.